Whether you’re a new chum or an old hand, spooling up reels with line is a critically important subject area that simply doesn’t receive enough attention. However, getting it wrong can spoil your fishing in so many ways. 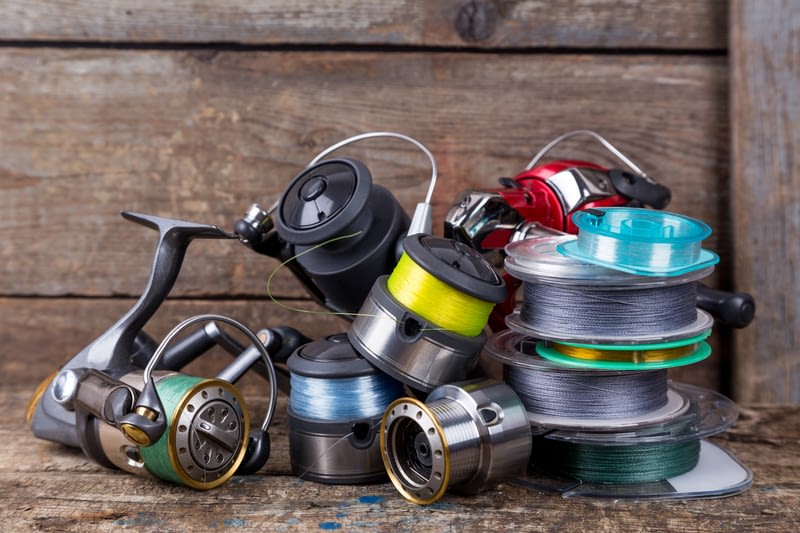 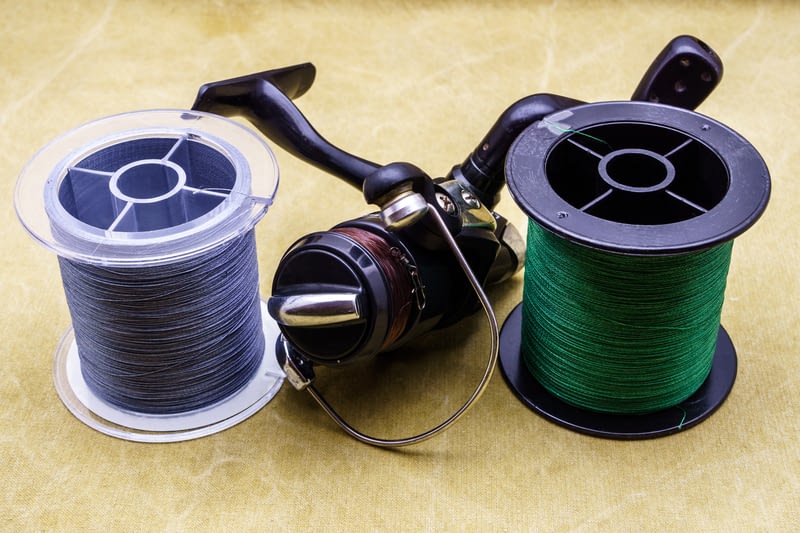 Spooling up is an easy enough process, but if you get it wrong, your fishing life is likely to become a misery of tangled or buried lines, slipping line loads and lost fish. These potential hassles are only compounded when using modern, gel-spun polyethylene or ‘PE’ super lines and braids.

The process of spooling up any reel is made much easier by first fitting that reel to a rod. If you’re doing the job inside (while watching the cricket on telly, for example!), it’s fine to use just the lower half of a two-piece rod.

The process of spooling up any reel is made much easier by first fitting that reel to a rod.

Next, take the end of the line and pass it down through the runners of the rod. You don’t have to go all the way from the tip if you don’t want to. In fact, you can just pass the line through the stripper guide (the largest runner, closest to the reel).

If spooling up a spinning or threadline reel, you’ll need to open the reel’s bail arm first, then tie the line to the spool before closing the arm over the line.

The next step — attaching the line firmly to the core of the reel’s spool — varies a bit depending on the type or style of reel you’re using. If it’s one of the very popular spinning or threadline reels (also known as “eggbeaters” or “coffee grinders”), you’ll need to open the reel’s bail arm first, then tie the line to the spool core before closing the arm over the line. I stress: moving the bail arm into the open position before tying on the line is vital!

With a baitcaster or plug reel that has a level-wind mechanism, you’ll need to pass the end of the line through the little ceramic or metal line carrier on the level-wind device before tying it to the spool. This can be fiddley on smaller baitcasters, but it’s important to get it right. Similarly, if you own a spincast, closed-face or “bull’s bum” reel, you’ll need to unscrew the conical spool cover, pass the line through the hole in this cover, tie it to the spool core and then re-fit the cover.

Sidecast, fly and overhead reels without line guides or frames are easier: simply attach the line directly to the reel’s spool core.

Before tying the all-important knot that will secure the end of the line to the reel, take the line and wrap it tightly at least three times around the spool core.

Before tying the all-important knot that will secure the end of the line to the reel, take the line and wrap it tightly at least three times around the spool core. Four to six times is much better with slippery, braided super lines. (It’s actually not a bad idea to put down a base consisting of five or six layers of nylon or fluorocarbon monofilament before spooling with braid, as this will prevent your line load from slipping.)

There are a number of knots you can use to secure the line to your reel, but a six-wrap Uni Knot is ideal, and don’t be afraid to leave several centimetres of tag end to resist slipping. (You’ll find plenty of instructions for tying this connection if you simply Google “uni knot” on the internet, or you can go here.)

It’s critically important to tie a really tight, secure knot when attaching the end of the line to your reel. Not only will this help to prevent the line load slipping or spinning on the spool, it may also save you from losing a big fish, a lot of line… or even your whole rod and reel! Let me explain:

A really big, strong fish can potentially rip all of the line from your spool, despite the resistance imposed by the reel’s drag. This is called “getting spooled” or being “clean spooled”. Fortunately, it doesn’t happen all that often, despite colourful yarns you may hear to the contrary, but it can happen. Chances are, if a fish is big enough to empty your reel, it’s also big enough to snap the line. However, if the line holds, that knot at the spool core may prove to be critical!

Similarly, the knot you use to tie the line to your reel also becomes important if you drop your outfit overboard while the reel is in free spool or the bail arm is open. If you’re lucky enough to be able to grab the line at such a calamitous moment — or someone else hooks it out of the water for you — you’re going to have to pull all the line off the submerged reel into a big pile and then haul the rod and reel up from the depths. Once again, that connection between line and spool is extremely important at this point! So, make it a good one.

Any questions about this tutorial?